IKEA offers Furniture as a Service

IKEA plans to roll out a Product as a Service business model wherein clients can rent Furniture as a Service instead of purchasing fixtures. It’s a bid that appeals to a younger clientele and everyone who is concerned about the cost of ownership when furnishing a home or office. It is also a move towards a circular economy that involves returning old furniture to IKEA for refurbishing and re-selling.

IKEA sees its customers, especially eco-conscious and transient consumers, playing an active role in making the circular economy a reality. The furniture company, which made over 40 billion euros in 2019, plans to make this possible by developing a Product as a Service business model in regard to how customers procure, care for and dispose of furniture.

IKEA will test the new scheme in Switzerland, Sweden, the Netherlands, and Poland, and will initially rent out office furniture such as chairs and work desks – exploring and testing possible solutions that will decrease or eliminate the cost of ownership for businesses. Acquiring furniture as a service instead of shelling out large sums of money to furnish an office will be particularly helpful for startups and small family-owned businesses.

The furniture rental service in Switzerland and Sweden will only include office fixtures for now, but IKEA has not ruled out applying the same business model to its popular and highly successful kitchen line. In the Netherlands, IKEA is already offering students furniture rental subscriptions for beds, tables, and chairs for a monthly fee of up to 30 euros.

The Swedish furniture maker is known for its affordable and disposable products — furniture that ends up in landfills all over the world. The company is trying to change not only its business model but its public image as well by shifting from a wasteful linear economy to a more environment-friendly circular economy.

IKEA fleshed out its new environment-friendly scheme at an affair at its first sustainable store in Kaarst, Germany that opened its doors in 2017. The Furniture as a Service concept was designed after IKEA realized that a large percentage of its clientele changed residences frequently but could not afford the cost of ownership of new furnishings every time they moved.

The shift towards a circular economy by applying a Product as a Service scheme was also motivated by green movements. IKEA’s polls have shown that 90 percent of its customer base want to change their lifestyle and purchasing behavior, even if most of them do not know how to practice a more environment-friendly way of living.

Jesper Brodin, the CEO of IKEA Group, said: “You should be able to have a lovely home and a good conscience, and you should be able to afford it.” Brodin was also inspired to make changes when his three adolescent children would return from school conveying worries about an impending environmental disaster.

Subsequent to his appointment as CEO in 2017, Brodin has steered efforts to revamp the IKEA business model to respond to climate change, the upsurge of e-commerce, and consumers who no longer have the time or the vehicles to drive to IKEA’s stores. Climate change is now forcing companies to make changes to how their goods are produced and how products will be offered and delivered to customers.

Renting out furniture meets IKEA’s three core objectives: bringing down the cost of ownership of its products, convenience for its customers, and protecting the planet. IKEA finance chief, Juvencio Maeztu, noted that young people today progressively expect to rent anything from homes to cars. Millennials also prefer to spend money on travel rather than use their savings to purchase possessions.

The Furniture as a Service provision will help IKEA discern its products’ durability which the company will report back to its designers who are also currently working on making furniture easier to assemble, dismantle and transport. IKEA sees more mid-sized stores in the future, in cities like New York, Berlin, Paris, London, Tokyo, Shanghai, and Mumbai where residents will own fewer cars and share more.

Customers are encouraged to bring their used and outgrown IKEA furniture back to their outlets to be re-homed by selling them at the bargain corner in the store or by giving them to a charity. IKEA anticipates expanding its Product as a Service business model to 30 countries by 2020. It currently has 313 IKEA stores in 38 countries and territories worldwide.

IKEA won’t confirm whether the rental scheme would eventually turn into a subscription business model for furniture as a service but has confirmed that the company is increasing efforts in advocating a circular economy and eliminating waste by selling products that can be restored, recycled or resold which not only benefits the environment but also minimizes the cost of ownership of furniture. 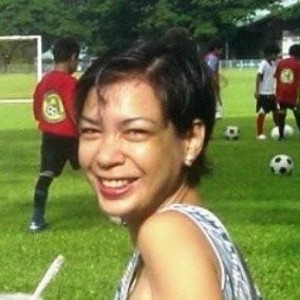 View all post by Ana Treñas
Share this ArticleLike this article? Email it to a friend!
Email sent!